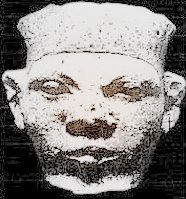 According to the most ancient of sources, Pharaoh Menes is attributed as having been the unifier of early kingdom states along the Nile River in what became known as Kemet, the Black Lands.

The Palermo Stone, a black basalt fragment dating from the 5th Dynasty contains the earliest annals of Kemet’s (which is known as Egypt in modern times) pharaohs. The stone which is believed to have been derived from an ancient Egyptian temple, points to Menes as having emerged from the area’s prehistory to become King of its 1st Dynasty.

According to Diodorus Siculus, Menes was the first lawgiver who helped to establish the divine principles that would distinguish Kemet from the pagan tribes of the world during that period.

Scholars differ on exactly when Menes lived, but generally settle on around 3000 B.C. – 2920 B.C. as a standardized starting point.

Menes’ dynasty is well known because many of the temples of the royal necropolis at Abydos were found nearly intact underground. And the hieroglyphic writings found there corroborate the Palermo Stone and other extant sources.

Also known as Misraim, Aha and Narmer scholars agree that he founded the city of Memphis.