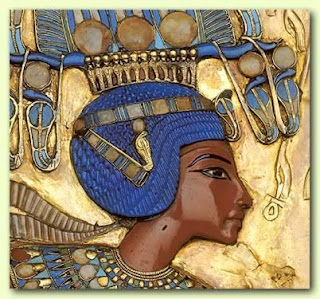 News out of Egypt hails President Barack Obama as “the new King Tut.” How cool is that? A modern Black president gets his due in Egypt.

The story first emerged in the blogosphere via the Reuters news agency. But as usual, the U. S. media is yet to mention the connection of Obama with King Tut from the Black perspective. Well, one exception. CBS News’s Jake Tapper mentioned on his blog (05/31/09) that, “One possible aspect at play here is the insistence by some African-American activists that Tutankhamen was black… .” But his ensuing statements digressed into Zahi Hawass' usual obfuscations. Zahi Hawass the Egyptian antiquities head is funded by National Geographic magazine, so Hawass is not going to rock the boat over the Black issue. The Egyptians are simply stating the obvious. And the U. S. media, meanwhile, is conducting business as usual. It simply must emerge from its blatant complicity with the old order of things. Well, let’s see how the news plays out in Egypt today during the president’s visit.