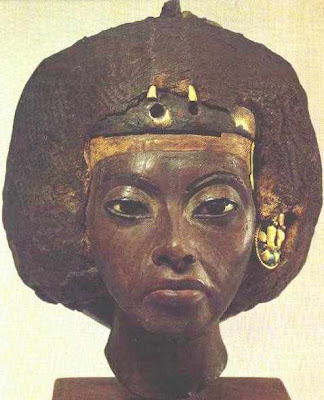 Queen Tiye was the grandmother of King Tut. Her son was Akhenaten, Tut’s father, husband of Nefertiti. Tiye reigned during the New Kingdom in the 18th dynasty—a period that is considered one of the most prolific eras of building and culture in Ancient Egypt (Kemet).

Along with the aforementioned, a pantheon of interesting leaders including Horemheb, Seti I, Hatshepsut, Thutmoses III, and Rameses II lived during the 18-19th dynasties of the New Kingdom.